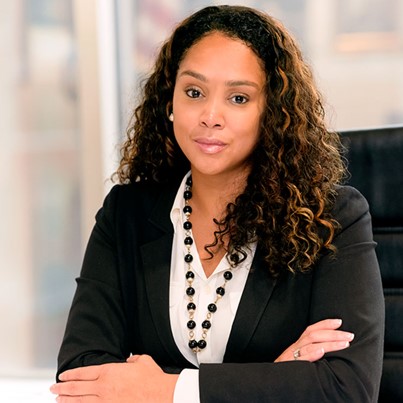 Baltimore City State's Attorney Marilyn J. Mosby has been announced as the keynote speaker for Clinton College's Commencement Ceremony on Saturday, November 21 at 1pm. Mosby is most-known for charging six Baltimore police officers in the death of Freddie Gray in 2015.

Mosby became the youngest chief prosecutor of any major American city when she was sworn in on January 8, 2015. During her first year in office, the SAO reached an 80 percent homicide conviction rate despite a 20 percent increase in the homicide caseload. The following year, Mosby created the Gun Violence Enforcement Division and the felony conviction rate reached 93 percent. During that same time period, Mosby’s administration secured a number of high profile convictions for various violent offenders designated Public Enemy #1 by the Baltimore Police Department.

According to her biography, Mosby is an inner-city Boston native and witnessed first-hand the impact of trauma associated with crime when her honor-roll cousin was gunned down in broad daylight outside of Mosby’s home due to mistaken identity. That horrific experience propelled Mosby to turn her pain into passion by becoming a first-generation college graduate and pursuing her dreams of becoming an attorney and reforming the criminal justice system. Mosby received a Presidential Scholarship from Tuskegee University where she earned magna cum laude recognition and graduated with a Bachelor of Arts degree in Political Science. After leaving Tuskegee, Mosby was awarded the Council on Legal Educational Opportunity, Thurgood Marshall Scholarship, and subsequently earned a Juris Doctorate degree from Boston College Law School.