Clinton College Announces New Members to Board of Trustees

Clinton College Announces New Members to Board of Trustees 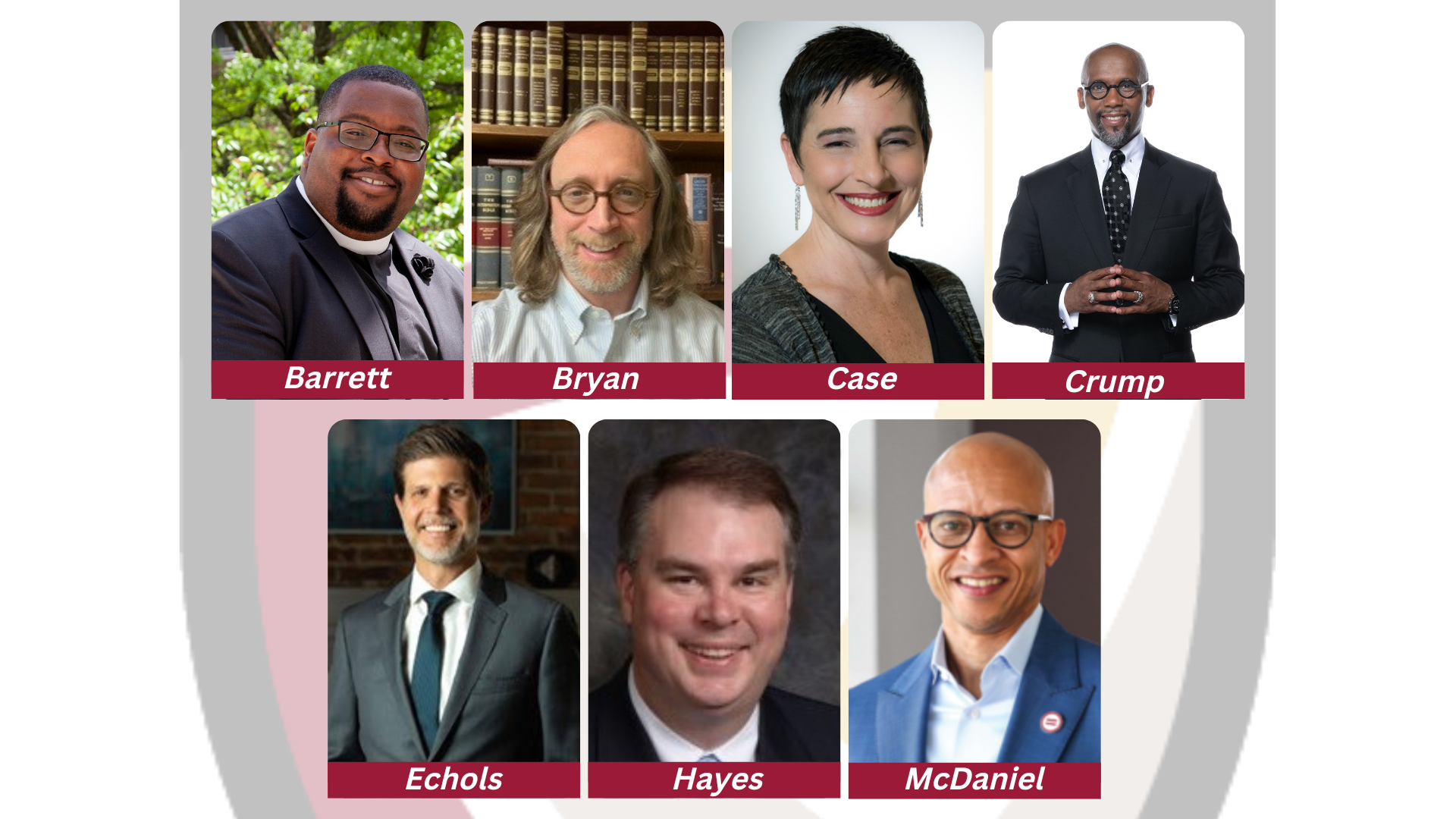 Clinton College announced seven new members have joined its Board of Trustees. The newest members of the College’s governing body are:

Reverend Patrick Barrett II, a native of Lanham, MD, currently serves as the General Secretary-Treasurer of Christian Education in the African Methodist Episcopal Zion Church. He is a 2008 graduate of the University of Maryland, College Park, and a 2014 Master of Divinity graduate from the Wesley Theological Seminary in Washington, DC. An inductee into World Methodist Evangelism’s Order of the FLAME and has also served for several years as a group leader for the Transition into Ministry Gathering sponsored by the Forum for Theological Exploration. He served as the President of the Philadelphia-Baltimore Conference Varick Christian Youth Council (VCYC) and later began full-time youth ministry as the Youth Pastor of the Judah Temple A.M.E. Zion Church in Mitchellville, MD in 2009. He formerly served the A.M.E. Zion Church as the Program Director in the connectional Christian Education Department and as the Co-Episcopal Director of Christian Education for the Mid-Atlantic Episcopal District.

Reverend Doctor Jeff Bryan began serving Oakland Avenue Presbyterian Church, Rock Hill, SC, in May of 2015. Originally from northwest Georgia, he holds degrees from Berry College and Princeton Theological Seminary and received his Doctor of Ministry degree from the Lutheran Seminary at Philadelphia. He has served churches in New Jersey, Michigan, and Pennsylvania.

Anita Case is the CEO of Affinity Health Center, a Community Health Center serving York County. She earned her bachelor’s degree in Sociology and Religion from Wake Forest University and her master’s in social work from the University of North Carolina at Chapel Hill. Anita has been working in not-for-profit healthcare organizations since 1997 and has served as the Executive Director/CEO of Affinity Health Center since 2005. Anita currently serves on the Board of Directors for the South Carolina Primary Health Care Association and the Medical University of South Carolina’s Health Partners Board of Directors, and on the planning team for the Community Healing Initiative focused on race relations in Rock Hill.

An alumnus of Clinton College, Bishop Herbert Crump, returns home as a member of the Board of Trustees. Bishop Crump is the Founder of Freedom Temple Ministries, Inc., located in Rock Hill, South Carolina. This progressive assembly has impacted thousand via its various entities such as The Freedom Center, Freedom Bible Institute, Freedom Montessori School, and The Freedom Economic Development Division (FEDD). After receiving his associate degree in Religious Studies from Clinton, Crump went on to receive a bachelor’s degree in Liberal Arts with a dual concentration in Religion and History from Livingstone College, and a master’s degree in Liberal Arts in Political and Civic Engagement from Winthrop University.

Chad Echols is the founding attorney of The Echols Firm, LLC in Rock Hill, SC. His firm’s practice focuses on the FDCPA, FCRA, TCPA, compliance for collection agencies and debt purchasers, business law, litigation, and commercial collections. He is a member of the South Carolina Bar Association, ACA International, and Association of Credit and Collection Professionals where he currently serves as the South Carolina State Chair for the association.

The Reverend Doctor Jeffrey C. Hayes serves as the Senior Minister of Oakland Baptist Church in Rock Hill, South Carolina. He grew up in Spartanburg, South Carolina, before graduating from Furman University with a B.A. in Religion, followed by Master of Divinity and Doctor of Ministry degrees from Gardner-Webb University School of Divinity. He has served churches in Greenville, Spartanburg, and Barnwell counties, all in South Carolina; as well as Asheville, North Carolina. Hayes has actively participated in denominational service with the Cooperative Baptist Fellowship along with other civic boards and committees, including Habitat for Humanity, Hope of Rock Hill, and Pathways of Rock Hill.

W. Teddy McDaniel, III currently serves as the president and Chief Executive Officer of the Urban League of Central Carolinas in Charlotte, NC. Before arriving in Charlotte, McDaniel was president and CEO of the Austin, Texas Urban League affiliate from 2012-2017 and served as Chief Operating Officer of the Greater Phoenix Urban League starting in 2009. Before entering the non-profit sector, McDaniel spent over 15 years in the financial service industry. Born in Atlanta, GA, and raised in Columbus, Ohio, McDaniel is a graduate of Morehouse College where he received his B.A. in Finance